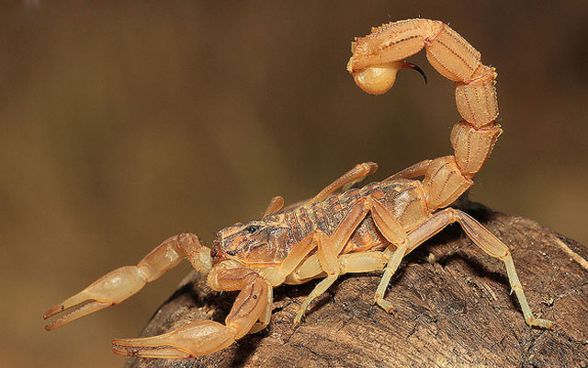 by DinoAnimals.com • May 31, 2014 • Animals, Arachnids • Comments Off on The most venomous scorpion in the world

The most venomous scorpion in the world

The most poisonus scorpion is the genus Androctonus also known as fattail scorpions. This is one of the most dangerous groups of scorpions species in the world. They are a moderate sized scorpion, attaining lengths of 10 cm (4 in).

The Latin name of fattail scorpions means “man killer”. Stings from Androctonus species are known to cause several human deaths each year.